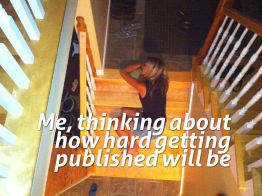 Since I began admitting that little ol’ me was writing a book, a funny thing happened. Other people started telling me that they wanted to write books too. I quickly realized what I was getting myself into. EVERYBODY wants to write a book. Only a fraction of those people get around to finishing their masterpiece (because writing is actually kinda hard), and only a fraction of that fraction get published.

Recently, Greg Bardsley, an author friend of mine (whether he agrees to it or not), took time out of his busy schedule to help me with a few questions I had about attracting agents/publishers, as I creep ever closer to writing my new two favorite words in the entire history of the world, THE END.

In July, 2011, Greg received the news from his agent that ALL aspiring novelists want to hear. He was going to get published. And not by just anyone, but by Harper Perennial, an imprint of Harper Collins. Since then his book Cash Out has garnered countless rave reviews from everywhere including The New York Times, Publishers Weekly, and The Los Angeles Review of Books. His writing style is fresh, twisted, and funny as hell. It’s easy to see how he got to where he is today, and it’s fair to say I’m pretty stoked for the release of his second book, next year.

BUT, Greg didn’t get to where he is today by sitting on his ass waiting for a published to fall out of the sky and onto his book:

“He has worked as a Silicon Valley speechwriter, a newspaper reporter and a global communications leader. His ghostwriting for high-profile business executives has appeared in Newsweek, USA Today, and the Financial Times. His award-winning short fiction has appeared in numerous journals and anthologies. His debut novel, Cash Out, was listed by The New York Times as one of five notable novels written about Silicon Valley.”

A lot of rumors circulate writing communities about just what it takes to get published. Hopeful novelists will chuck around advice ranging from “Create a buzz,” to “Get your name out there,” to “Dance around a wishing well in the rain on the third Wednesday after the Winter Solstice.”

So, with no further ado, meet Greg Bardsley, author of Cash Out, the upcoming novel, The Bob Watson.

Thanks, Jenny. … By the way, that Winter Solstice dance doesn’t work (I learned that the hard way).

We met through a mutual friend, Mark Richardson, author of Hunt for the Troll. You both live in California, right? How do you two know each other?

Yeah, I live near San Francisco. I met Mark a long time ago. We were both on the communications team at a large technology company in Silicon Valley, and we started up a defacto writers’ support group with another writer there, Al Riske. The three of us spent a lot of lunch hours talking about writing fiction, and helping each other with our stories and manuscripts. We’re still great friends—and each of us has since become a published author. Seeing our books in print has been satisfying. But really, the best part was growing with Mark and Al, and having so much fun along the way, and just the friendship.

One thing I’ve noticed about the writing community since I stepped out of my comfort zone is how eager writers seem to be to help each other out. Why do you think forming an alliance is a good idea?

I think that, as writers, we’re already putting ourselves out there, so we know how great it feels to have a little support along the way.

The crime and noir community is super supportive. I hear from friends who veer more into literary and general fiction genres, and it seems like those areas can be a lot more distant and indifferent, and very clubby. I am not sure why the crime/mystery/pulp writing scene is more inclusive, but it seems to be just that, which is really cool. Even though my books fall more into the satire and general-fiction category, I still get a ton of support from many of these good souls.

I didn’t plan it this way—it just happened. I would place a short story with a zine or a journal, and then I’d really get a kick out of the other stories. We all reached out to each other, and some really strong friendships (and writing partnerships) were borne. We are all still pretty tight. In hindsight, I realize now that these bonds enriched the whole experience (not to mention my writing), and opened the door to finding the right agent and even my publisher.

So I often say the same thing established authors told me back in the day: Get involved, be real, do selfless things for your writing buds (without expecting reciprocation), have a blast, learn from each other, and create a new group of “up and comers.” Read each other’s unpublished manuscripts; get your stories into the same journals and zines, if you can, and maybe even produce an anthology or yearly zine with them. If you all produce some good work, have fun and support each other, one side effect might be that there’ll be a “buzz” around your work. Astute agents (and even some publishers) will notice. Even if the buzz doesn’t happen, you’ve had a lot of fun, you’ve grown and you’ve made life-long friendships.

If you all come up together as writers, you’ll do anything for each other.

I’ve heard that terminology before: create a buzz. How exactly could a buzz translate into a book deal?

I am not sure if it does. But it can help. I know if you really do have a buzz (you’re getting anthologized, you’re getting recognized for your shorts, maybe you’re winning a few awards, or have lots of readers on your blog), you can use that as a selling point to agents, and they can do the same to publishers.

For me, it was the short stories. You could take chances with shorts, and you could get reactions from readers much sooner than with a book—and I met all these great people. 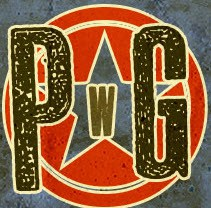 One such person was Anthony Neil Smith, the editor of Plots with Guns. He was a big supporter and eventual mentor, and PwG had a passionate following. Long story short, over the course of years, one of Neil’s good friends introduced me to his agent, who later would represent my third try at a novel, Cash Out. Neil also told me about Cal Morgan at Harper Perennial, who also had a short story zine called 52 Stories. Neil suggested I submit some stories to Cal; and that’s how I got my writing in front of Cal (he didn’t accept any of my stories, but he liked them). A few years later, when Cash Out was ready for submission, my agent David Hale Smith came up with a great list of editors, but he still asked me if there were any other editors we should pitch to. I thought of Cal—DHS happened to know Cal and included him in the initial pitch to six editors. Out of those first six submissions, we had two takers—Penguin and Harper. We went with Cal and Harper. Anyways, none of this (getting DHS, landing with Harper) would have happened, had it not been for my amazing group of friends and mentors.

The one thing I notice is that sometimes people fail to understand is how long it can take (if it ever happens). People want the book deal to happen now. But in reality, it almost never happens on your timeline. People get super bummed out. They are devastated. Hell, it’s a fucking jungle. Tough sledding. Whatever euphemism you want to use. That’s why I advise people to diversify their emotional investments in terms of writing—do shorts, create a zine, be sure you grow as a writer, be sure you’re having fun.

Try not to think about book deals. In most cases, it’s really premature. Focus on the craft—the writing, the stories, the growth. Keep working. It will take years and years and years—and then more years. And statistically, the odds are still against all of us. So, be sure that you’ll be okay if you never get a book deal. Be sure that you’ve had an amazing adventure regardless of what happens.

And at the end of the day, the thing that will get you a deal is writing a great book.

Is having a buzz around your work what worked for you?

“Buzz” did not land me a deal. But it might have encouraged people to read the first few pages of my manuscript. After that, the only thing that was going to get me a deal was an editor “falling in love with the book.”

After more than 15 years and three manuscripts, I finally made it work. That’s the part (decades of trying, several failed books that will never be published) that makes some aspiring writers go pale. The reality is, very few published novelists get their first manuscript published.

But like so many others, I just have to write fiction. It’s just too much fun.

Greg gave us a rare glimpse to the other side of writing. Yes, many people want to write a book. It’s a saturated market. BUT, even though it might be difficult, getting that elusive deal is possible. Stick with it. Enter short story contests with clout. Get published in literary magazines. And, even though the words might be a bit cliché, they mean something . . .  so, stir up a buzz, dammit.

12 thoughts on “How to Get Published: Advice From the Other Side”