One of the driving forces behind my upcoming book, Old Souls, is the idea of reincarnation. When I explain the premise of the story to people they usually respond one way. “Do you believe in reincarnation?”

It’s an interesting topic. Everyone seems to have an anecdote to share, whether it’s about how a psychic once told them they were an old soul, or about a boy in Louisiana who convinced his parents he used to be a fighter pilot, and was shot down over the Pacific. These stories often result in interesting conversations about life and death, and what happens to our souls when we die.

I don’t believe I’m going to hell (and never really expected they’d let me into heaven). Although I tried the organized religion “hat” on for a while, it only made my head itch. That’s not to say, of course,  I’d ever try to take anyone’s beliefs from them. My dad is a Christian. His faith helped mold him into the kindhearted, compassionate person he is today. It’s a hat that looks good on him.

But, because I don’t believe in a neat and tidy, biblicized set of rules and convictions, I feel like I’ve entertained a fairly wide variety of theories about life and nature, and where our souls come from.

What I have come up with is this: I believe in life. In positive energy.  I don’t think there’s a perfect being who watches us all the time, judging us while we steal the last cookie from Grandma’s cookie jar, or a twisted demon who makes us do it. I believe the force fueling evolution and breath and everything around us, is . . . our souls. The desire to be alive, to experience each other and the world around us. I believe our molecules have collected as intricately as they have to give us consciousness, because they were driven by our consciousness to do it. As our environment changes, our molecules will find new ways to persevere, to thrive, until this world is used up and we return to the stardust we came from: drifting with a purpose, to collect in a new world where we can thrive again.

Now, does this mean that I believe that the premise of Old Souls could be real, and that there are three hundred beings here on earth who can remember each and every one of their past lives, and have fought among themselves to control mankind for the last ten-thousand years? 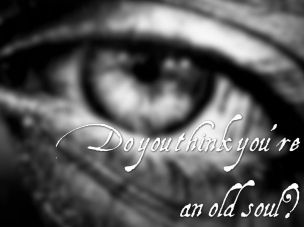 Not really. But, it has been pretty fun to think about. That’s why I love being a writer. I have been able to let my imagination run wild. My book is made up of tangents, really. It is the result of slipping into a dream-like world where conspiracy theories, plots of world domination, immortality, and the schizophrenic delusions of a madman are real.

I haven’t decided whether or not I believe in reincarnation, exactly. I feel like if we do incarnate over and over, the experiences we gather in each lifetime and the genetic makeup of our bodies–our hormones and our brains–would fundamentally change how we operate from one life to the next. 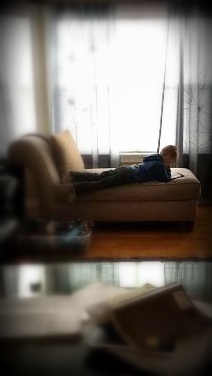 But, my youngest little hellion said something once that really made me stop and think. It’s amazing what children can say sometimes, in their syrupy sweet, innocent voice. It happened last year at bath time. Nonchalantly, he skimmed a Spiderman boat over the surface of bubbly water.

“Mommy, when we all die and come back to life again, I still want to be your Rylie.”

So, do YOU believe in reincarnation?

27 thoughts on “Reincarnation, and the Plausibility of Old Souls”